Infographics was a way was for me to tackle and (try to) express uncommon news and large numbers. One such opportunity came along when I heard of the Gigabit per second experiment that Google was planning. I had followed with amusement as cities did everything that they could to woo Google.

But the Gigabit per second is a truly revolutionary concept, for which there are no known applications at the moment. Yes, there are ideas - but in the classic chicken-and-egg style - nothing has materialized.

The problem with solutions that come in search for problems is this - they could either herald the next big thing. Or they could just be the beginnings of a bubble, that was driven more by a vague promise than hard reality.

This was my attempt at putting down on paper, why the 1 Gpbs is a lot of bandwidth. And this is also the first infographic that uses layers in Inkscape. 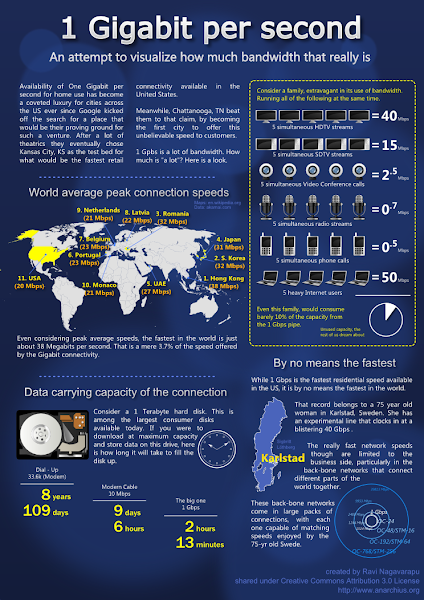