The Oatmeal is a different sort of web comic. Different good; different hilarious in fact. There is no story arc, or recurring characters. Instead, each comic stands alone, like an info-graphic. Providing us a window into startling corners of the mind of its creator - Matthew Inman.

The main comic page is made up of panels, square like the tiles of Windows Mobile 7. And they bear some of the most startlingly captivating blurbs. Consider the following:

The comics deal with topics that are typically geeky but accessible, covering topics from web-design, pets, language and lots of opinion.

There aren't that many comics, so a solid session should get you all caught up. And if you like stumbling like I do, there are probably a fair share of comics you'd have already come across before. But they still manage to be both interesting and funny. And Tumbler agrees as well - when they adopted the TumblBeasts to stand in for all of their 503 errors.

In addition to the web comics, the site has a blog as well. It is funny enough to stand on its own.

Finally as a parting gift, check out Matt's take on the state of the web in 2010.

There are very few advantages to being dragged to a T.J.Maxx for a post-holiday shopping spree. The last time, however, was an exception. There is apparently a whole class of puzzles out there that is wooden, three-dimensional and works without the need for any controller. Siam Mandalay, is the company in question that makes these fun wooden puzzles. I picked up a box of 6 such puzzles, when we should have been rug shopping.

Among the easiest of the lot is the Cube puzzle. It is basically a three dimensional Tetris, that involves dropping pre-built

pieces into a 3x3 cube. A similar puzzle is called the Radius. Deceptively difficult, it involves assembling four parts built from cylindrical arcs, into a 4 unit high cylinder.

Things started to get more interesting with the next puzzle - Hidden Passage. Made up of 12 pieces, it is a complex interlocking cube, that involves sliding pieces back and forth to disassemble and assemble.

Similarly there is the other puzzle called Shooting Star. Made up of 6 identical pieces, it is both a challenge to disassemble (you have to believe you are not going to wreck it by trying) and a greater challenge just to visualize prior to putting it together.

Then the two (as yet) unsolved pieces.

Lock it Up is wooden prison for a tiny wooden sphere. The other puzzle is, for some reason, called Newton's Comet. Bearing scant resemblance to the original, it instead looks like square version of the shooting star that feels so fragile that anything you do to it, could destroy it.

I know that the word "Genius" is generally abused. The puzzle maker, for one, refers to anyone that can solve them as a Genius. Whether they mean it in jest is another question, but whoever first visualized these puzzles, in my opinion, is nothing short of a Spatial Genius. Now how about that trip to T.J.Maxx? 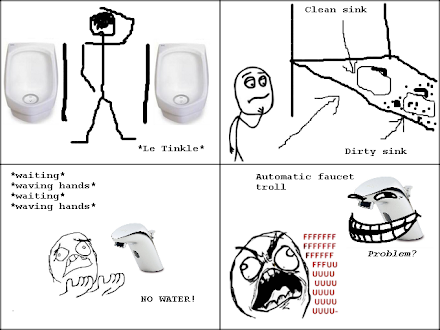 A public urinal exercises more control over the common man than the most oppressive of dictators. True statement; they did a study that one time. And when it comes to faucets - your dignity or your health. There is no escaping it. 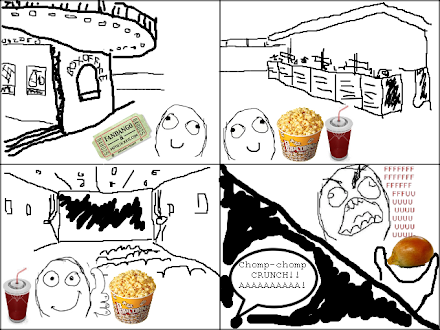 I am waiting for the day when they will have to print the following on every popcorn box:

Warning: Contents of container may not always be ready to consume. Use caution prior to applying pressure with teeth.

How else would we know to prevent this from happening? 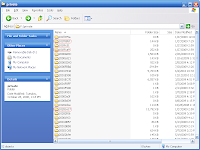 My Nokia 5800, despite being a music phone, is horrendous with the management of its music library. For no reason its database decides to go corrupted; showing 0 songs available.

Turns out there are a lot of people facing this problem. After a fair bit of searching the interwebs, this is a method that seems to work. You need - your Nokia 5800, a USB cable, a PC (mine runs Windows XP) and the Nokia Ovi Suite installed on your PC.

Note that any mucking around you do comes with risks. You could potentially a) invalidate your warranty b) corrupt something else or c) worse brick your phone.

If all else fails, do a soft reset (not just a factory restore). There are a lot of articles that can walk you through how to do this. But remember, you will lose your data while doing a soft reset. 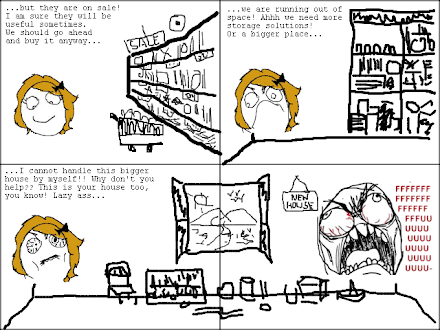 No comment, of course. All characters in this story are purely fictional, and no animals were harmed in the making of this comic. 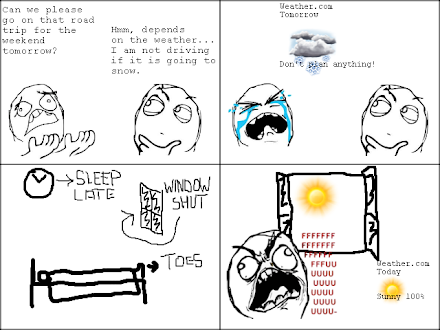 We have gotten so used to checking weather reports on Weather.com that we now blame mother nature when things don't work out the way they were predicted.

Every blog post on the site is now 13 kilobytes heavier, thanks to a very nifty script created by Lokesh Dhakar. The script is called Lightbox JS. It is now part of the template.

When I had chosen the template for blog and site, the focus was to ensure readability. So the width of the main text area is limited to about 450 pixels. Unfortunately 450 pixels is not much of a size for pictures and photographs. So I needed a way to quickly show a larger picture in the same page, without just making the full image open in a new window.

Enter Lightbox, the script is a quick and easy way to display images in a layer on top of the page, without changing anything underneath. And all it needs, in addition to setting up the script, is to add a rel="lightbox" to the anchor tag. Love the script - no wonder it has a wikipedia entry as well. Not much of a fan of the V2 though, that uses the Prototype Framework and Scriptaculous Effects Library. Loses one of the biggest selling points - unobtrusive size.

This is my attempt at making a rage comic. If you do not know what a rage comic is, you obviously don't use stumbleupon a lot. Rage comic is when unjustified anger, meets MS Paint in the presence of 4chan. Pictures speak louder, so here is a good place to start. And maybe the Google's image results for rage comics. I took a shot at starting off 2011 with suitable rage. 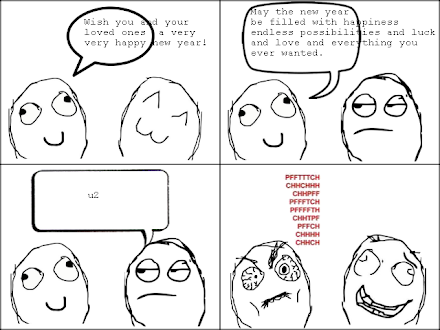 Thanks to the enormously useful Rage Comic Editor / Creator by Hristo Yankov and Stefan Natchev. Now you don't even need to use MS Paint to create rage comics. Ah the endless possibilities.

Ah, and wish you all a Happy New Year...