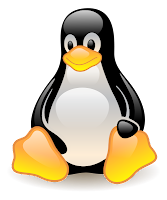 Ira Glass has the most absorbing tales. This one is no different, and it is about a topic that I am familiar with. The whole show is embedded below, and if that does not work - the link to the original story on This American Life is here.

Favorite quote from the show: Shenzen looks like Bladerunner threw up on itself.

Over a period of 35 minutes, the narrative evolves slowly, from a funny self-effacing confession to a pondering, visceral narrative designed, not as much to shock, as to prod new life into a story that has almost nothing new to give. To round it all up, Act II of the show is typical NPR - the other side of the story - including this opinion arguing the benefits of sweatshops.

Finally, it is easy to see this as something specific to Apple, while it is not. Having Apple on the headline does bring in the eye-balls, but the story is no different for Samsung, or any of the other makers of electronics. Once again, it is the Apple side of the camp, that put it together in an easy to use package.

The whole story is an hour long - but well worth it.

Google just announced design standards for applications on Android. Having three different Android devices at home, I have first hand experience of the UI fragmentation on the platform. However, Google needs to go beyond Android for design unification. Google is broader than mobile, and having design consistency is going to be crucial for a standard user experience across all Google properties.

Consider the Gmail app, and in particular the menu item to “Report Spam”, for example. I use three different flavors of GMail, and the design across the three avenues is not only non-intuitive, but inconsistent. Even with an abundance of access, I have yet to develop the sort of muscle memory that I would associate with the typical Google user interface. 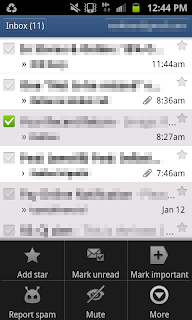 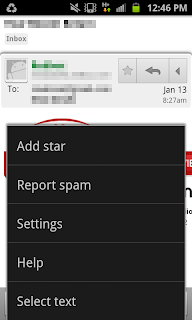 On my Galaxy SII, the SPAM icon looks like an alien, with a varying location on the menu. When I select a thread from my inbox, it shows up as an option in first menu page. When I am within an email, however, it takes two menu clicks to get to the option.

Finally on my Thrive, it is an option available only on the overflow menu. While that might say a lot about how good Google thinks it's filters are, it still makes for a very annoying user experience.

Three form factors, and three different ways of thinking about Spam. It is time Google thought about design standards for across it's solutions, and not just for a platform.

Dynamic DNS on my Tomato Router

Here is the problem statement - now that I had my router running a custom TomatoUSB build, I wanted to open it up to the Internet so that I could access my music and data from anywhere.

The first step though, was to establish a way to address my router via the Internet. Now, I get a dynamic IP address from my ISP; so I had to find a way to keep track of the latest address. The answer, of course, was to use a dynamic DNS (DDNS) solution, of which there are dozens available. But as it turned out, my case was more complicated than that.

I chose the FreeDNS service offered by afraid.org. Tomato firmware has native support for their dynamic DNS service built in. But more importantly the tagline on their website read “Why is it free? It's quite simple. We wanted a challenge... that's it.”. 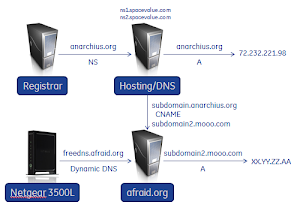 To set my site up, I had to delegate the nameserver function for my domain to my hosting provider. My initial idea was to delegate a subdomain to the FreeDNS service, and then update the IP address directly from my router. Unfortunately my hosting provider did not allow delegation of sub-domains to a different DNS provider. In other words, they did not allow NS records to be created for their inconsequential customers like me. They only allowed A, TXT or CNAME records. CNAME records - that gave me a way out.

I created a sub-domain on one of the free domains provided by the FreeDNS service - in my case it was mooo.com. The name of the sub-domain did not really matter, any available one worked just fine. Then I set up my Tomato router to update the IP address of this sub-domain automatically.

Finally, I set-up a CNAME pointing a sub-domain from anarchius.org to the newly created sub-domain on mooo.com. Presto - sub-domain.anarchius.org now resolved to my WAN IP address. Here is how my DNS records look now:

There you are, Dynamic DNS on my Tomato router up and running, linked directly to my own domain. Bring on the possibilities.