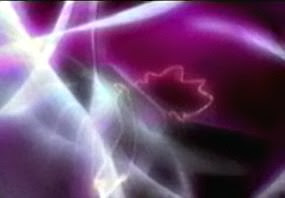 There is nothing like string theory and coffee to wake you up on a Sunday morning. I have been wanting to post this for a while, but never quite got the right angle to talk about. Until this morning, when I read this.

The article is a classic compilation of the anthropomorphic arguments for the structure of the universe. Notwithstanding the scary look of the word, the argument basically is that our world is the way it is, because we are in it. In other words, we are not living in a unique world, the world is unique because we evolved at the end of it.

The article from io9 essentially tackles the idea that any combination other than the 3+1 dimensions (three space dimensions and one time dimension) would be illogical. Having only two space dimensions would, for example, would result in the alimentary canal splitting your body into two. Having four dimensions would cause the laws of physics to produce an unstable world with electrons collapsing into the nucleus and the planets into stars. Similarly having a two-dimensions time would make it absolutely painful to meet anyone - even being in the same place you could be in completely different times and never manage to keep a date.

Anthropomorphic arguments are inherently persuasive, but dangerous. They tend to limit choices and directly impact analytical rigor. For the most part, I tend to stay away from them, unless it came to the interpretation of mathematical constructs. And in that, these argument present a layer of abstraction that has the power to raise fundamental psychological questions about ourselves and our universe.

Consider the perception of time for example. Persistence of vision dictates that the image we see persists for about 1/25th of a second. In a world without high-speed cameras, this would mean that all phenomena that occurred quicker than this limit would essentially be invisible to us. If you asked the question - why is the limit for persistence of vision that number, you are thinking about it incorrectly. Instead the anthropomorphic answer is more logical. We developed in a world where anything quicker than the persistence of vision would essentially be inconsequential to us, and therefore "invisible".

How better to close a discussion around physics and dimensions than to embed a TED talk on the subject by Brian Greene. After the break.